As a Londoner, I have never really explored London and what it has to offer from a tourist point of view. When you live somewhere you tend to just go to where you need to and that’s it. As a travel blogger, I decided to set myself a little challenge this summer and find reasons to explore London and it occurred that London has been a major setting for many blockbuster movies past and present. So, I thought I would combine my love of movies and research the best London Film Location to visit and all these locations whether you live in the city or you are just visiting are a great excuse to just go and explore London.  So here is my list of 11 London Film Locations that you can visit.

Arguably one of the most Instagramable locations in London, Notting Hill is home to the world famous Notting Hill Carnival, Portobello Road Market, the Electric Cinema and much more…

Notting Hill has appeared in many films I am not sure exactly how many but I do know this has including Paddington Bear 1 and 2, Bedknobs and Broomsticks (although not actually the film location, the set was built to mimic it) and most notably the film Notting Hill starring Hugh Grant and Julia Roberts.

Ways To Get to There: Notting Hill Gate Tube Station 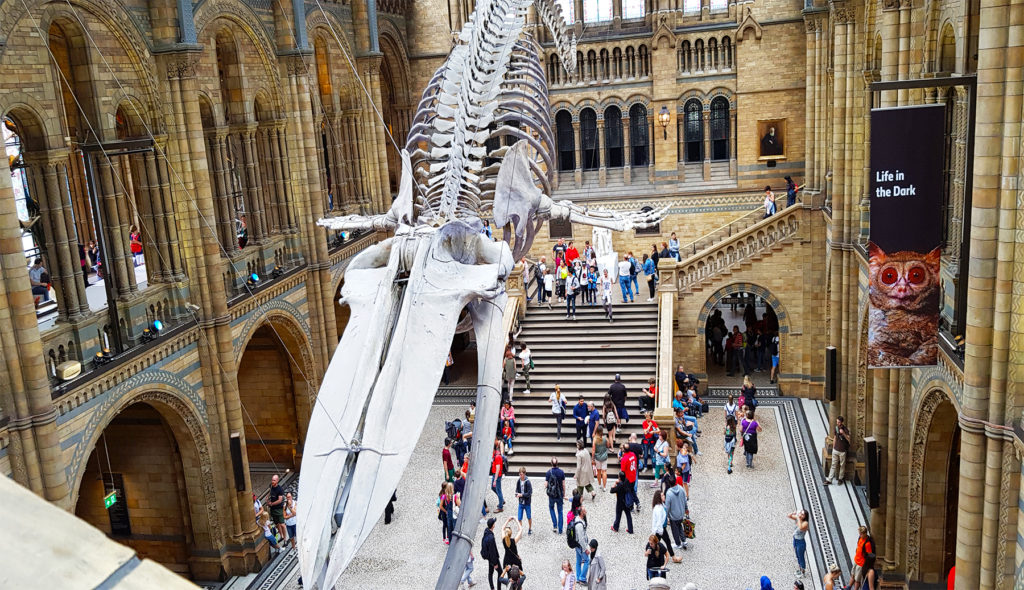 The Natural History Museum in London is a museum that exhibits a vast range of specimens from various segments of natural history including Dinosaurs, mammals, insects and more and is free to visit.

The Natural History Museum has appeared in 9 movies including Paddington Bear, One of Our Dinosaurs is Missing, Night At the Museum 3, Lara Croft; Tomb Raider the Mummy Remake with Tom Cruise. 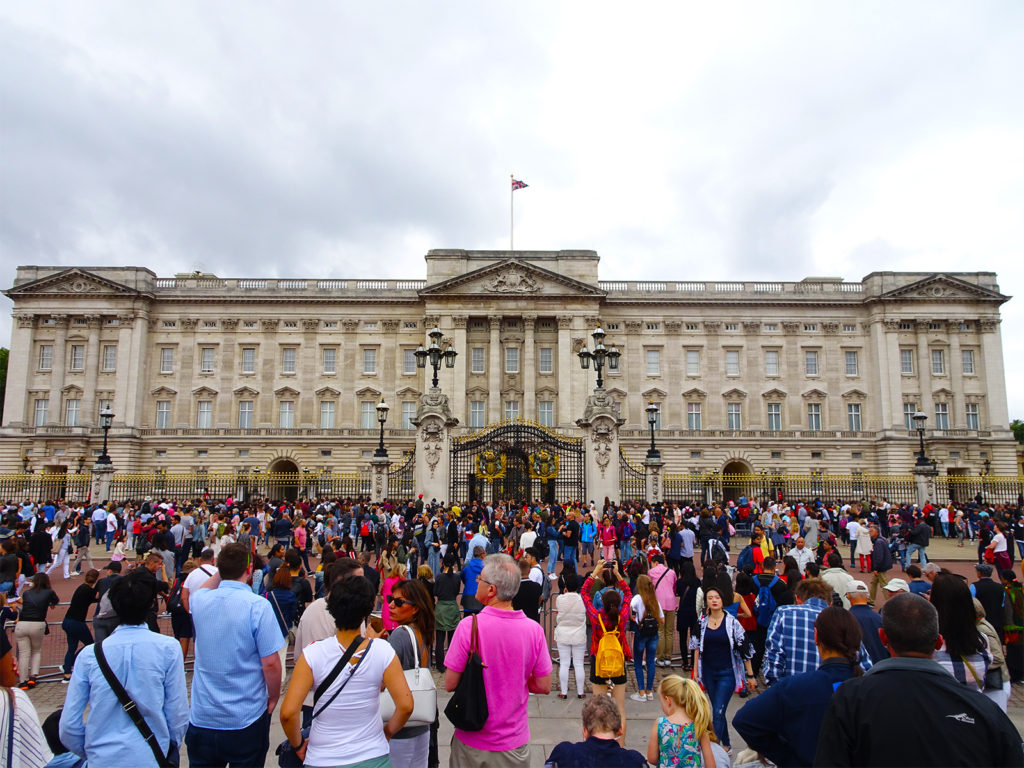 Buckingham Palace is the residence of the Queen of England and because of this, it is one of the most recognisable Palaces in the world which makes it a very busy location filled with tourists all waiting to catch a glimpse of the Royal Family, the changing of the guard and some even go on the Buckingham Palace Tour.

Because of its popularity and royal residents, this is one of the most sort out London film locations for filmmakers but it can be quite a difficult one to film because of the amount security and tourists in the area. Buckingham Palace has featured in 28 films which include; The BFG, The up and coming Disney sequel for Mary Poppins and even The London Olympics 2012 James Bond sequence with the Queen for the opening ceremony. 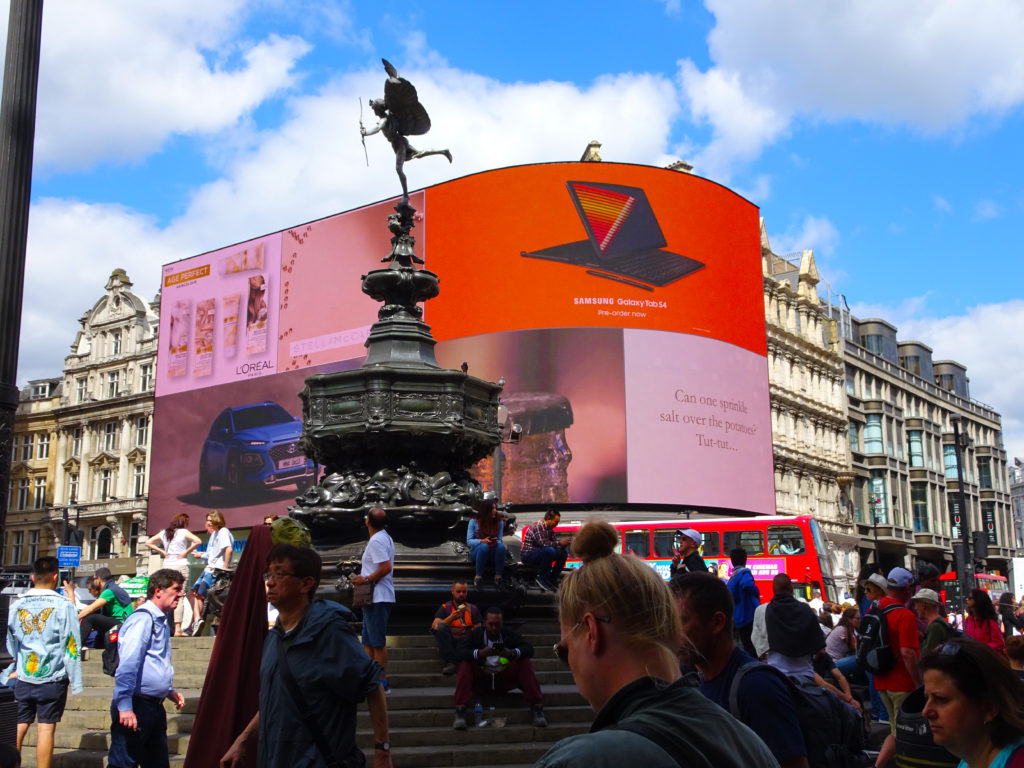 Piccadilly is in Londons Westend and one of Londons Busiest tourist locations to visit with plenty to see and do including Ripley’s Believe It Or Not, it’s a short walk away from the theatre district, Leicester Square, Soho, China Town and Trafalgar Square.

Piccadilly Circus has appeared in over 50 films including Harry Potter and the Deathly Hallows Part 1, Football Factory, Austin Powers and plenty others have utilised Piccadilly Circus as a stand out London filming location.

Trafalgar Square has a lot of history, it was named after Britains victory back in 1805 after the Battle of Trafalgar. It’s a short 10-minute walk from Picadilly Circus and has hosted many events including Chinese New Year, Pride in London and even Carol Singing under the Christmas Tree which is an annual gift from Norway every year.

Trafalgar Square has appeared in 48 movies which include; Wonder Woman, Captain America; The First Avenger, 28 Weeks Later, 101 Dalmatians, The Core and Edge of Tomorrow. Trafalgar Square is probably one of the most recognisable of the London Film Locations. 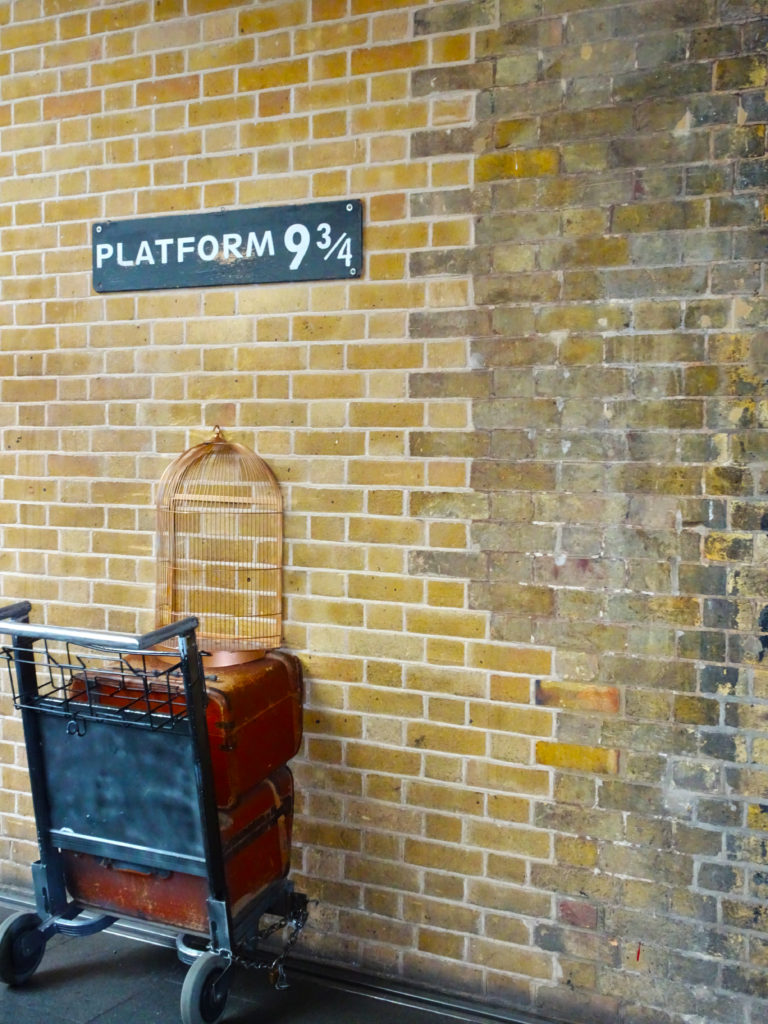 Perhaps better known as the Location for young wizards and witches to depart on the Hogwarts Express on Platform 9 3/4 and the Harry Potter store. Kings Cross has appeared in at least 11 other movies this is another of the London film locations for the Wonder Woman as well as 4x Harry Potter Movies, The Woman in Black 2, The Imitation Game and Mission Impossible; Rogue Nation.

Ways To Get to There: Kingcross St. Pancreas Tube Station or Euston Rail Station 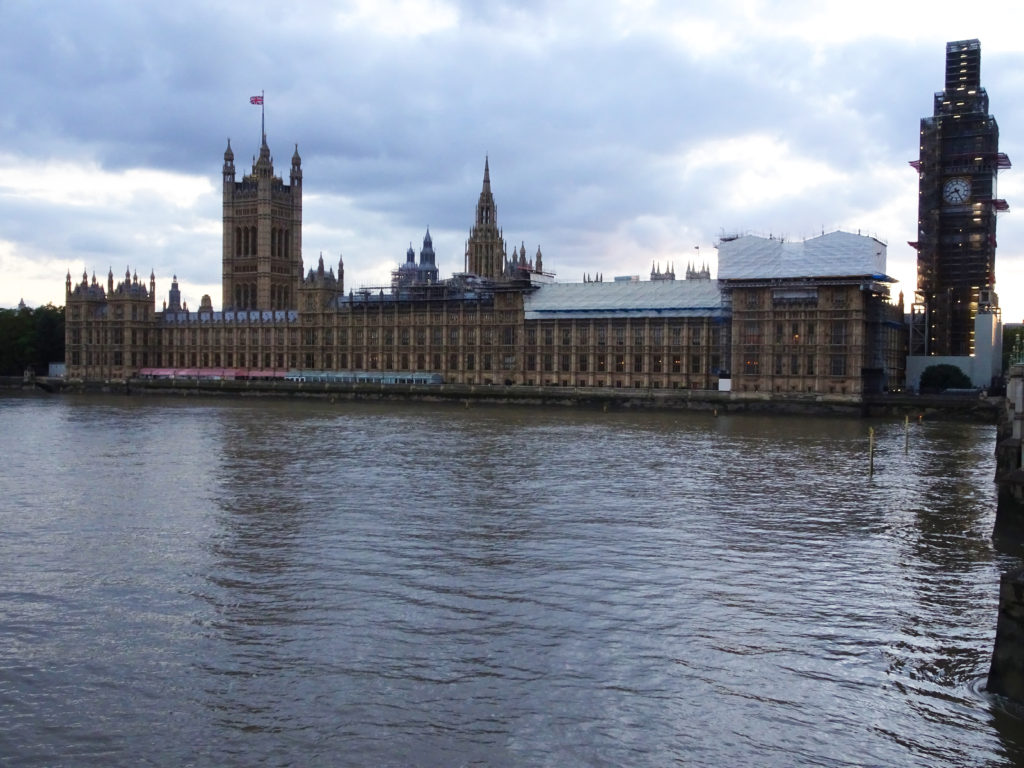 Westminster is iconic for many reasons its the home of The Houses of Parliment (aka Westminster Palace), which Guy Fawkes tried to blow up, Big Ben (which is currently under construction), Westminster Abby and Westminster Bridge its safe to say that Westminster has played a huge part in British history.

Westminster has also appeared in 40 films including Suffragette, The Iron Lady, 28 Days Later, Transformers; The Last Knight and V for Vendetta.

Ways To Get to There: Westminster Tube Station, Waterloo Tube Station or you can walk there from Waterloo. 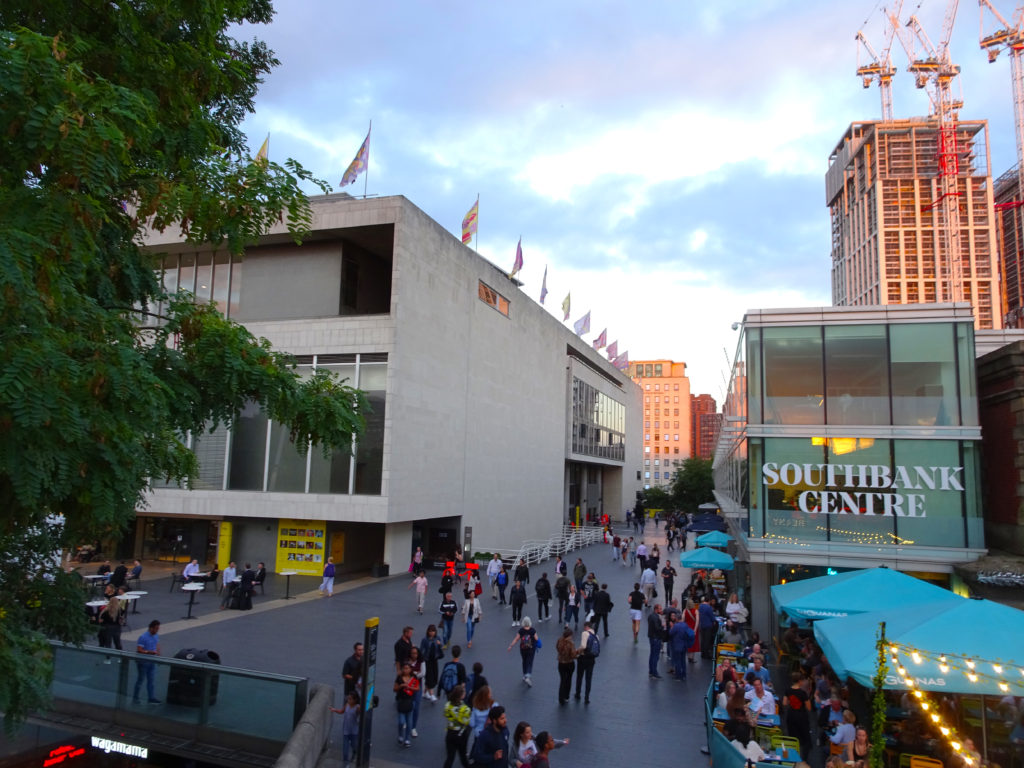 One of the most popular London film locations in London to visit for tourists, locals and filmmakers alike, is South Bank which is home to many attractions including the Coca-cola London Eye, London Aquarium, Shreks Adventure, The London Dungen, the Haywood Gallery and the National Theatre, it also has many restaurants and hotels.

South Bank is one of those locations that is just picturesque during the day and night highly Instagramable and a great film Location. It has appeared in over 75 movies including; Harry Potter, James Bond; Spectre, Thor; The Dark World, Fast and the Furious 6, About Time, Guardians of the Galaxy just to name a few… 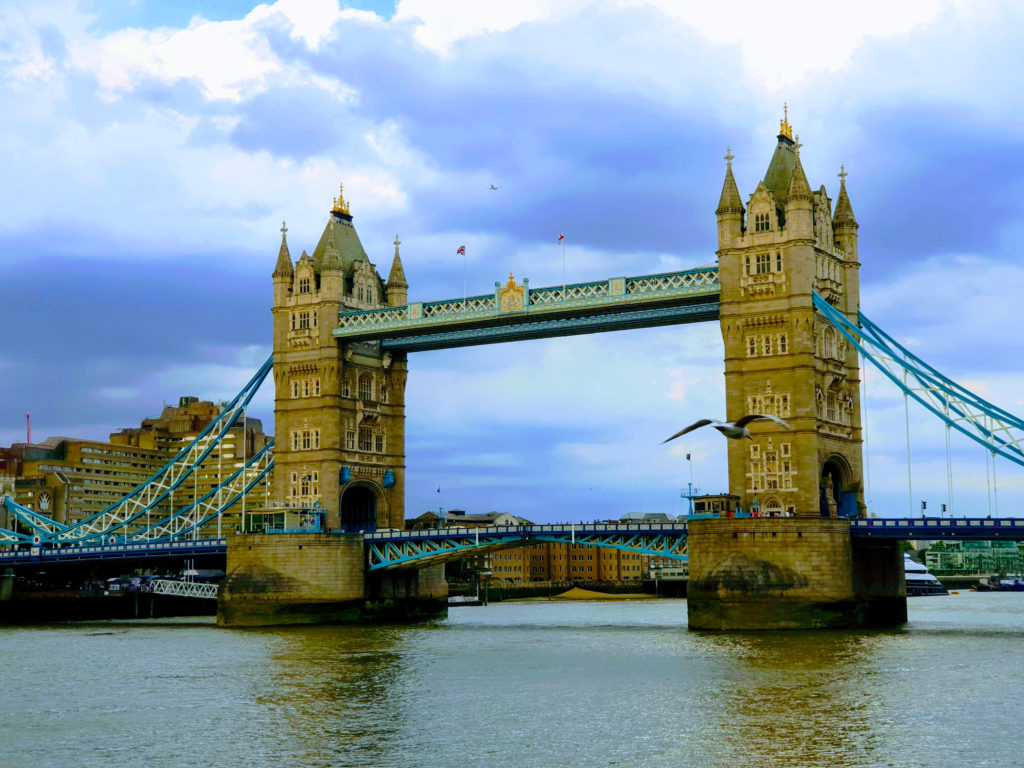 Again another London Film Location along the Thames, Tower Bridge is one of Londons most iconic landmarks and has stood tall for 124 years and although it has seen many changes in that time both on it and around it Tower Bridge remains as the gateway for vehicles and pedestrians to cross over and the bridge even raises on occasion for boats to cross the River Thames underneath. 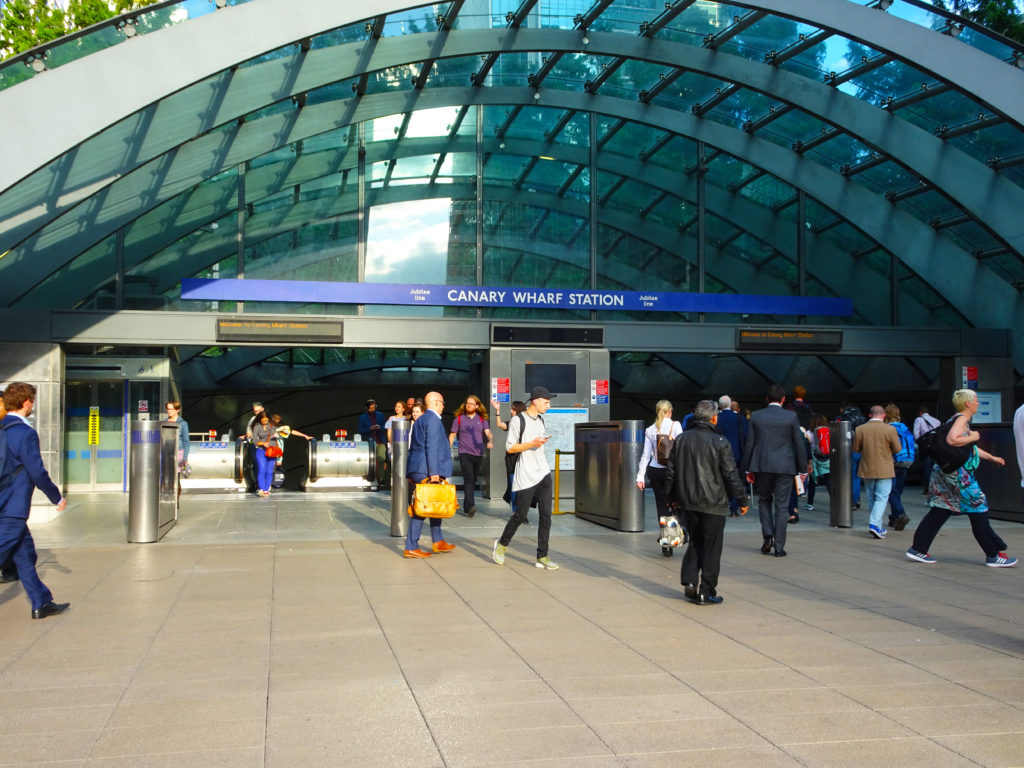 Canary Wharf is based at the London Docklands and has seen a massive transformation over many years and is now a busy business district in London filled with lots of trendy restaurants, bars and a mall.

The area itself has also been featured in 50 films including Casino Royale, Batman Begins and Love Actually. Most surprisingly Canary Wharf Train station is probably one of the unlikeliest London Film Locations that you would expect to be featured in a galaxy far, far away but it actually featured in  Rogue One: A Star Wars Story.

Ways To Get to There: Canary Wharf Tube Station or you can use the DLR

Greenwich is the third of our London film locations on the Thames, which is the home to many tourist attractions including The Royal Observatory, The National Maritime Museum, The Cutty Sark, the O2 and the Market just to name a few.

Greenwich has also appeared in 43 films including Thor; The Dark World, Les Miserables, Gullivers Travels, Pirates of the Carribean: On Stranger Tides, The Kings Speech and Four Weddings and a Funeral

Ways To Get to There: North Greenwich Tube, MBNA Thames Clipper, Emirates Cable Cart and the Cutty Sark DLR

If you want to do a self-guided Tour around London here are some other posts that are part of my London Travel Series.

NOTE: I have a vlog coming but when I filmed it the SD was corrupt so I have to go out a re-film it.

Disclaimer: There are links on this website that are “affiliate links.” This means that if you click on the link and make a purchase, I will receive a small affiliate commission at no extra cost for you. This helps me keep my website running and continue to travel and share my knowledge with you. I thank you for using any affiliate links used on my website. Please note, that I only recommend activities, products and services I use personally and believe will add value to my readers.

16 Things To Do In Alcudia, Mallorca

10 Shows You Need To See In Mallorca

Super excited and nervous for my blog post and vlog to drop later this week. It's one I've poured my heart and soul… twitter.com/i/web/status/1…
2 weeks ago
Follow me →